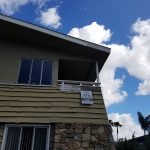 Last year, the San Diego Housing Commission decided not to use a federal program aimed at desegregating its neighborhoods. Now, the housing commission is being sued for that decision.

The bulk of people in San Diego who use housing vouchers to help pay their rent are segregated into lower income neighborhoods. At the start of 2018, the city had an opportunity to join a federal program aimed at fixing that — it would help people who want to live in more expensive areas by increasing the number of their vouchers, which would give them access to safer neighborhoods, more grocery stores and better schools. 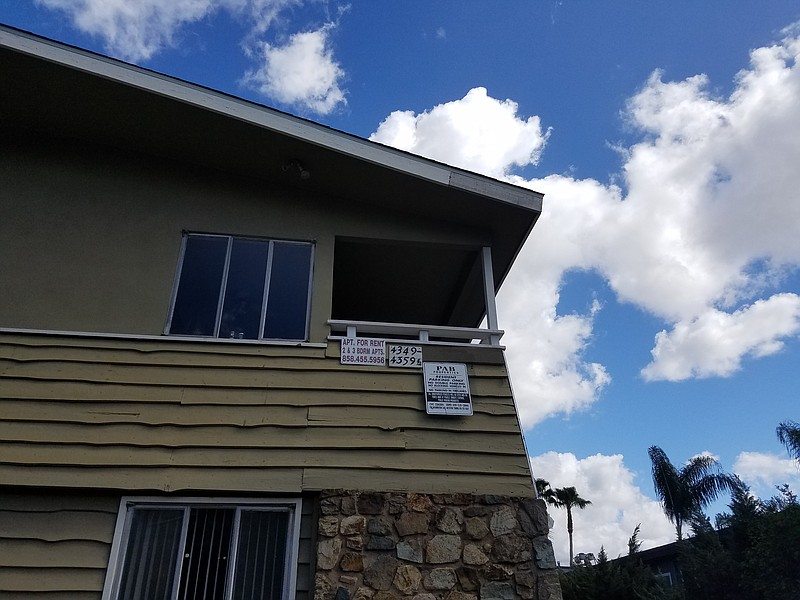 Above: An apartment building on College Avenue in El Cerrito displays a “For Rent” sign, Feb. 21, 2018. (PHOTO BY CLAIRE TRAGESER)

But that didn’t happen. Instead, San Diego designed its own program that gives voucher holders some extra assistance to move to more expensive neighborhoods, but not as much as they would have gotten under the federal program.

So the San Diego Tenants Union, an affordable housing advocacy organization, is suing the San Diego Housing Commission. The hope is that the lawsuit would force the housing commission to increase the vouchers to desegregate neighborhoods, said their attorney Parisa Ijadi-Maghsoodi.

“We are trying to stop the San Diego Housing Commission from setting the voucher levels so significantly below market rents in an effort to allow families who have Section 8 to use their vouchers outside racially segregated areas,” she said.

The San Diego Housing Commission said it wouldn’t comment on a pending lawsuit, but plans to file a response in court.

Last year, its CEO Rick Gentry explained that it wouldn’t use the federal program because it was too complicated and might mean fewer families were able to get vouchers.

The San Diego Housing Commission has a contract with the federal government that allows it to set its own voucher amounts, so it can design its own program. But in the lawsuit, Ijadi-Maghsoodi argues the housing commission is violating the terms of that contract because its voucher program “results in the perpetuation of racial segregation and the concentration of poverty in certain areas of San Diego” and could require voucher-holders to pay up to 50 percent of their income on housing, while federal guidelines say voucher-holders should pay no more than 40 percent of their income on housing.

The lawsuit is also filed on behalf of Darlisa McDowell, a voucher holder who lives with her father and five children. The suit argues McDowell wants to move to a more expensive neighborhood with better schools and more economic opportunities but hasn’t been able to find a place to live she can afford with her housing voucher.

“It’s a devastating situation to be in to have a voucher aimed at allowing you to access safe, stable housing and instead you’re restricted to an area that does not have high opportunity amenities that should be available to all families,” Ijadi-Maghsoodi said.

The housing commission has until mid-April to respond to the petition filed by Ijadi-Maghsoodi in San Diego Superior Court.