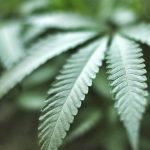 Read the full article from Democrat and Chronicle here.

“Henry Louis Taylor Jr., director of the University at Buffalo Center for Urban Studies,said expungement ‘begins to close the road from the neighborhood to the jail.’ But to create substantive change, he said, the funding set aside in the legislation must include connecting people who were incarcerated to job opportunities and other resources, as well as repairing harms done to communities by marijuana prohibition.The changes, he said, that need to come from funding have to be transformative and may include items such as housing subsidies for communities and cooperatives.Importantly,he said, the community should have a say in how the money is spent.”