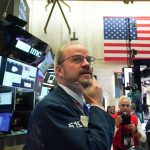 A Golden Opportunity for a Green Stimulus

New polling finds support for big, earth-friendly spending—fighting both the coronavirus-fueled recession and climate change at once.

Reposted from The New Republic

As Congress debated Thursday whether paid leave was worth paying for during a pandemic, the Federal Reserve announced it would inject $1.5 trillion worth of liquidity into the American economy in an effort to stave off recession. With no shortage of cash or crises on hand, there’s no question government action is needed. But particularly at a time when the economy urgently requires not just fiscal and monetary stimulus but a transition to more sustainable footing,there are more trillions to be spent.

Big spending packages are now relatively rare in Washington; when they do come up, they’re usually disguised as wars, tax cuts, or—as is the case now—a response to some pressing crisis. There are a number of emergency measures needed to deal with the situation at hand, several of which Democrats proposed on Capitol Hill this week and some they didn’t: paid leave, extending Medicaid and Medicare, aid to local governments, placing a moratorium on evictions and utility shutoffs, and stimuluschecks for the American people. Senate leader Mitch McConnell on Thursday dubbed Senate Democrats’ relatively modest proposal—involving universal paid leave, free testing, and food assistance—an “ideological wishlist” and refused to bring it to a vote. He has now extended the session, and negotiations between Treasury Secretary Steve Mnuchin and House Speaker Nancy Pelosi are ongoing.

The White House, for its part, seems more worried about closing borders and getting stock prices back up than making adequate test kits available, allowing people to stay home from work, or bolstering the country’s public health infrastructure. Trump—reportedly considering a bailout for oil and gas companies—called Democrats’ stimulus proposal “a way for them to get some of the goodies that they haven’t been able to get for the past 25 years.” Whereas South Korea is now testing 10,000 people a day for COVID-19, the United States as of Thursday had tested 11,000 total.Any response to this looming recession needs to work toward lower emissions in the long run, with investments that both improve lives and cut carbon.

Arguably, more goodies are needed. On top of the coronavirus outbreak and economic downturn, the world is now dealing with another urgent crisis in the form of global warming. Whereas traditional stimulus programs aim to blindly boost fossil-fueled growth, any response to this looming recession needs to work toward lower emissions in the long run, with investments that both improve lives and cut carbon.

There’s also evidence voters support such an approach. Despite a largely bipartisan belief that private companies are better at handling mountains of new cash than the federal government, new polling released Friday by Data for Progress; the McHarg Center at the University of Pennsylvania; and the Socio-Spatial Climate Collaborate, or (SC)2, found broad public support for a rapid, public-sector-driven shift toward a low-carbon world. (Disclosure: I am a senior fellow at Data for Progress, and two of the authors of this polling brief are my co-authors—along with Alyssa Battistoni—of a book released last year, A Planet to Win: Why We Need a Green New Deal. I had no role in compiling the brief.)

Providing both Democratic and Republican talking points—about government waste and excess, for instance—Data for Progress found at least 60 percent of respondents supported the idea of green industrial policy to boost a number of concrete technologies: smart grids, electric buses, renewable energy, battery technology, and building retrofits with a focus on low-income housing. Investments toward underground high-voltage transmission lines and electric minivans and pickup trucks also polled well. The only technology for which poll respondents seemed to dislike the idea of federal backing was meat alternatives like Beyond Meat. Report authors Daniel Aldana Cohen, Thea Riofrancos, Billy Fleming, and Jason Ganz also found strong support for federal funding of graduate programs in fields linked to green technology, such as engineering.

“Americans seem fine with a mixed economy. If anything, they’re excited about it,” said brief co-author Aldana Cohen, a sociologist at the University of Pennsylvania. “The Republican Party and the mainstream media will tell you that Americans want markets to be the leaders. Respondents were excited for the government to support things that feel even minimally like a public good, even when they’re told the private sector would do a better job.” Riofrancos, a Providence College political scientist, argued that the results show an appetite for the state to be something more than a “handmaiden to capital.”

Responding to the financial crisis of 2007–2008, Obama’s top economic adviser and incoming National Economic Council director Larry Summers warned in a now-infamous memo of the need to spend less than $1 trillion on a stimulus package—despite outside experts and even fellow inner-circle members like Christina Romer urging that more than that was likely necessary to get the economy back on track. While acknowledging that “a stimulus of well over $1 trillion” would be needed to tackle the problem, Summers cautioned that such an “excessive recovery”—of the sort needed to actually deal with the problem—“could spook [the] market or the public and be counterproductive.”

That logic hasn’t aged well, given the now relatively mainstream consensus that the $775 stimulus was in fact far too small. To take on today’s crises, polling shows an appetite for more. Fifty-one percent of those polled by Data for Progress support a trillion-dollar investment to expand existing Department of Energy programs for advanced green technologies. “The assumption has been that the T [trillion]word would scare everyone away,” Aldana Cohen told me by phone. “We wanted to put in a big number, and it turns out that people are not scared off by a trillion-dollar investment in green technology. It was heartening to see that did not cause some massive rejection.” Worth noting is that although support outweighs opposition across every nonpolitical demographic category such as age, gender, etc., this question provoked one of the most partisan responses in the brief: 77 percent of Democrats were in support, with 63 percent of Republicans opposed.

Historically, big public spending programs—particularly those advertised as such—have been an electoral boon for Democrats. During the New Deal, for example, power lines erected by the Rural Electric Cooperative were emblazoned with plaques denoting the public agency that had built them, giving federal funds a visible footprint in communities around the country, even advertised with posters produced by artists receiving New Deal funds. Following Franklin Roosevelt’s election in 1932, Democrats enjoyed 12 uninterrupted years of control over the White House and Congress. Obama-era stimulus funds, by contrast, mostly tried to stay under the radar and not advertise their success. The right was keen to advertise the failures, however sparse. Solyndra—the thin-film solar company that defaulted on a $500 million loan from the Department of Energy—is still arguably the most recognizable legacy of a suite of programs that were successful on their own modest terms; the loan guarantee program Solyndra benefited from also supported Tesla and turned a handsome profit. “A lot of what we’re proposing are things that would have an immediate impact that would be visible and visceral,” Riofrancos said. “The Obama administration stimulus was defined by the effort not to go over $1 trillion. Along the lines of Bernie Sanders’s Green New Deal and Alexandria Ocasio-Cortez’s proposals, we’re talking about blowing the roof off that idea. No price is too great to pay for averting catastrophe.”

The vision sketched out in the polling questions also doesn’t end at U.S. borders. Fifty-five percent of respondents said they supported new trade rules that would strengthen labor rights; consult indigenous communities on new activity on their land; and institute sustainable practices for mining and manufacturing in low-income countries, including of minerals like lithium that are central to low-carbon technologies. “Given that the industrial policy discussion this cycle started with talk of an economic patriotism plan, it’s interesting to see support for a fair trade regime that’s about improving conditions on the ground,” Riofrancos told me, referring to particularly hawkish calls to “beat” China on all things green. “We don’t have to fall back on an America First framing to justify a major public investment in green technology.”