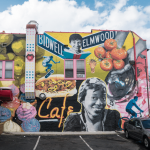 Re-post from The City Lab

The city is overhauling its archaic zoning regulations, but does the move help its citizens as much as it helps developers?

In overhauling its zoning code for the first time since 1953, Buffalo, New York, has become the first major city to completely remove outdated minimum parking requirements. (Other cities have done so, too, but only in certain districts or neighborhoods.) That means developers there will no longer be required to build a certain number of parking spaces for commercial and residential projects, regardless of whether there are mass transit options nearby or if the tenants even need them.

Now, according to The Buffalo News, projects above 5,000 square feet will require parking analysis that factors in alternative transportation options in the area. It’s all part of a six-year-long initiative called the Buffalo Green Code, or the the Unified Development Ordinance, which the city council unanimously passed last week and Mayor Byron W. Brown signed into law Wednesday. It rewrote the zoning and land-use regulations to make them simpler and easier to understand. The new code also follows a relatively new concept called form-based zoning, which emphasizes the relationship between public space and buildings.

“Conventional zoning doesn’t begin with what we want this city to look like in terms of the ‘public realm,’“ says Robert Steuteville, editor of the Places Journal at the Congress for the New Urbanism. “What is it like for a human to walk around in a public space, and what kind of buildings do you want around you that would then define that space?”

Buffalo, like many U.S. cities, historically followed those conventional zoning codes from as early as the 1920s, which put heavy emphasis on making room for cars—hence the minimum parking requirements. “The automobile population really soared in the 1920s and early ‘30s, and curb parking was free. Very quickly all the on-street parking became very scarce, so you can see that any picture of an old city taken in the 1930s shows all the sidewalks completely lined with cars,” says Donald Shoup, an urban planning professor at UCLA and the author of the 2005 book The High Cost of Free Parking. “Planners thought the solution would be to require new buildings to have ‘enough’ to satisfy the demand. It seemed like quite a miracle; it didn’t cost the city anything and it hid the cost of parking.”

Once considered one of the largest metropolises in the U.S., with some 573,000 residents at its peak in the 1950s, Buffalo’s population headed toward a dramatic downward spiral (the latest count by the Census Bureau puts the current population at a little under 259,000.)  By the 1950s, when Buffalo implemented zoning codes that included minimum parking requirements, the city was undergoing major urban revitalization efforts that emphasized easy car access for suburbanites.

“It was fascinating to look at maps that they showed how much of downtown Buffalo was devoted to parking,” says Shoup, who was a visiting professor at the University of Buffalo in 2010. “People have done this for a number of cities, coloring in all the parking lots red and it turns out most of [downtown] Buffalo was red.”

But as the years passed, the codes would prove to hurt more than it helped. Following a suburban model of development, the city allowed stores to be built on huge lots without pedestrian access, rather of promoting walkable neighborhoods. And sidewalk dining at neighborhood restaurants, for example, was technically illegal without a zoning variance. And with the parking requirement, Shoup argues, everyone—including those who can’t afford a car—end up paying for parking.

It also didn’t help that parking requirements many cities across the U.S. were rarely grounded in factual research, says Steuteville. In fact, Shoup’s book notes they amounted to little more than a “collective hunch” of how many spots a building needs, and often these numbers are exaggerated. Local officials often copied what other cities were doing without understanding the reasoning first.

Then there was the issue of historical preservation. “The parking requirement prevented the preservation of some wonderful buildings that were just left to decay and even torn down,” Shoup says. “In more neighborhood commercial areas, if anybody wanted to convert an old building into a restaurant, which has a high parking requirement, the only way they could do it would be by tearing down one of the buildings on either side to provide the parking.”

While Buffalo may be the first to implement a citywide removal, both Shoup and Steuteville say the move is only part of a larger, national movement that’s already ongoing. It would be hard-pressed to find an urban planner who would argue that parking hasn’t done harm to a city, according to Shoup. A 2015 crowdsourced map by the nonprofit Strong Towns shows that dozens of cities—mostly small ones—across the U.S. have either removed parking requirements in certain areas (green pins), lowered them for certain building uses (blue pins), or are currently discussing the move (orange pins).

When asked about the potential of removing parking minimums, Shoup points to a particular case in 1999 Los Angeles. The financial district of L.A. is filled with 19th century offices that, at the time, were mostly vacant above the ground floor. They couldn’t be restored as housing because the rule then was that each unit needed at least two parking spaces. “A planner in 1999 came up with the Adaptive Reuse Ordinance saying that any historical buildings can be converted into housing without requiring any new parking. People thought this would be a disaster,” he says. “But the ordinance was passed, and within eight years, 57 historical office buildings were fully restored into housing and they created a terrific buzz downtown.”

Yet despite the success of the L.A.’s Adaptive Reuse Ordinance, some critics say it didn’t benefit the poor. Instead, they argue, it helped spur gentrification and homelessness in the city’s downtown area, turning it into what Los Angeles Magazine editor Ed Leibowitz called a “hipster paradise.” Developers built artsy lofts to attract the wealthy while providing very little—if any—affordable housing units for low-income families.

Now critics of the Green Code worry the same could happen to Buffalo as the city’s push for urban revival increases rent prices. While form-based zoning promotes density and development, which are economical for cities like Buffalo, “it doesn’t necessarily guarantee that the types of development taking place are going to allow for either the retention or increase in affordable units,” says Robert Silverman, a urban planning professor who studies inequality in inner-city housing markets at the University of Buffalo.

He predicts that Buffalo may end up following the path of Miami and Denver—the only two other cities to adopt form-based code, and are facing affordable housing crises. “Even though Buffalo is losing population, its Green Code really focuses on dense development in a much smaller footprint, and having less density in older neighborhood outside of it,” Silverman says. “So it essentially creates more demand in a smaller area for development to take place, which has an upward pressure on the cost of commercial and retail property and also on housing.”

The intention for fair housing may be there, but until it’s spelled out in Buffalo’s code, it hinges on political support.

Prior to one of the last public meetings to pass the new ordinance in December (the city’s had some 230), residents held a rally urging the council to write inclusionary zoning into the code. That would require that a percentage of units in new market-rate residential developments be affordable for low- and moderate-income residents. In the end, though, the Green Code passed without such a provision. Although, the city has said that it’s in the midst of conducting a roughly year-long affordable housing study that started in May, and plans to pass an ordinance some time this year.

The council also assures that the Green Code allows for more public input for new development, though Silverman warns that could also give NIMBY and historic preservation activists more opportunities to publicly resist proposals to, say, increase building heights in historic areas—to the detriment of fair housing advocates. Plus, the intention for fair housing may be there, but until it’s spelled out in Buffalo’s code, it hinges on political support. “If a new mayor came into the power who is less amenable to those types of policy,” Silverman says, “without the mandate written into the code, all those kind of goals can go away very quickly.”

Overall, Silverman agrees with Shoup and Steuteville that the Green Code, with its removal of minimum parking requirements, is a step in the right direction. Steuteville even thinks Buffalo’s move, if successful, can embolden other cities to push for form-based codes. “As the city turns itself around with the help of this code,” he says, “it could be a model for cities from Cleveland, Toledo, Detroit to Milwaukee, Erie, or Rochester—all these cities that have been declining.”

Yet, Silverman says, “there is still work to be done.”