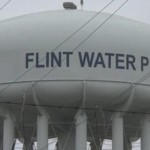 How Flint, Ferguson and Baltimore are all connected

Flint, Ferguson, New Orleans and Baltimore — cities now inseparable from the national news stories centered there — became calamities for separate reasons. One was a natural disaster (made worse by human error), another awholly man-made crisis. The two others began with police violence, but in disparate settings: the newly impoverished suburbs and the long-distraught inner city. Flint and New Orleans were failures of infrastructure, Baltimore and Ferguson a collapse of human relationships.

“On one level,” says Henry Louis Taylor, “they all look and appear to be very, very different.” But, argues the professor of urban and regional planning at the University at Buffalo, it’s about time we begin to talk about them in the same breath. “These are places that are left behind, forgotten,” he says. “They’re places we’ve gotten very good at shielding from view.”

Together, he argues that these cities — and recent events there — point to the endurance in the United States of structural racism, of minorities disproportionately left vulnerable to the economy or the environment, of communities abandoned by taxpayer dollars, public interest and government oversight.

“Flint is what I call ‘a throwaway city,’ ” Taylor says, to take one example. “It was left by the big industries. It was left on its own, by the state, by taxpayers, by the county.”

And then such places must strike terrible financial bargains — ticketing residents in Ferguson to generate money, downgrading the water supply in Flint to cut costs. The same shortage of funding also affects schools. The quality of schools alters children’s futures. Those children remain in poverty as adults. And their own families live with the environmental costs of decades-old decisions on where to put highways, factories and power plants.

These kinds of places are frequently home to minorities. And they often exist, too, within larger regions that do have resources — but where the neighborshave been quite ingenious in making sure they don’t have to share them.

[What your first-grade life says about the rest of it]

In the heat of an unfolding news event, it appears as if we’re looking at something else, or something smaller — a problem of EPA leadership, or aging pipes, or bad apples among police officers.

“We’ll see police brutality in Ferguson, and we’ll see police brutality in Baltimore, or Cleveland, but we’re confused about the places,” Taylor says. “Well in Ferguson, you had whites in control. But in Baltimore, you had blacks in control, so maybe that’s not racism, maybe that’s something else. We’re not sure exactly what we’re seeing. Or you see Flint, and people are really confused, because we don’t know what’s going on. Maybe those were just a bunch of bad decisions people made, and it doesn’t have anything to do with race.”

What we should be seeing, he suggests, are links between all of these events and the larger structures that contributed to them.