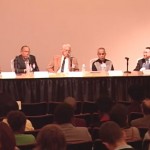 Panel 1: Contributions of People of Color to Cities and Planning

Despite the often-negative images, rhetoric and scholarship that often characterize urban communities of color as chaotic or dangerous, these communities are in fact reflections of histories of survival and adaptation that benefited not only the people within them but also cities and metropolitan areas at large. North American cities and the urban life that fuels them would be far different without the presence of such communities, which have influenced music, food, sports, political leadership, and urban scholarship. Communities of color and their struggles for equality have profoundly affected the field of urban planning and its scholars, particularly in encouraging movement toward social equity and justice, and this has been true since the early twentieth century but most certainly since the 1960s.