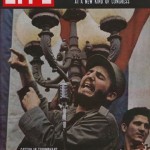 Easing of U.S.-Cuban diplomatic relations will create ‘influx of resources’, but not without concerns, UB expert says

BUFFALO, N.Y. – Henry Louis Taylor Jr. has visited Cuba at least once a year since 1999.  The University at Buffalo professor of urban and regional planning and director of the Center for Urban Studies has studied what life is like in the neighborhoods of Cuba. And one thing he has learned is that life is tough there. “So much of Cuban life has been made difficult because of the wall the United States has built up around them,” Taylor said. “The U.S. essentially tried to choke the island to death and everything has been hard – purchasing goods at reasonable prices, trading.” But Taylor believes it is now the U.S. that may actually make things better for Cuba and its people. On Monday, after more than half a century, the U.S. officially reopened its embassy in Havana. Taylor says this will immediately be of great benefit to Cuba in terms of increasing tourism, remittances and trade. “I have been bombarded by people asking about how to go and the best way to travel there and rules and regulations,” he says. “There are a lot more study programs going there now and that gets translated into dollars. I am already seeing bed and breakfasts sprouting up all over the place.” Taylor said he does have some concerns, though. He worries that racial divides inside of Cuba will intensify because the people with the most money and resources are white Cubans, and the increase in remittances will just increase that racial divide, he said.