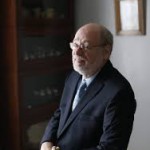 When President Obama said, “There’s a complicated history between the United States and Cuba,” he also was acknowledging the range of emotions that would greet the news this week that the U.S. is reopening diplomatic relations with the island – and with the Castros.

“My dad was a revolutionary against (Fidel) Castro and he is against anything that might benefit that government,” said Alberto Rey, a Cuban-born SUNY Fredonia distinguished professor.

Rey is visiting his parents in Miami for the holidays. Describing the mood of that heavily Cuban-American city, Rey said, “It depends who you ask.”

“There are others who will bite the bullet and say ‘OK, if it will help the people,’ and a lot of the younger people here are all for it,” Rey said.

“The reactions are the same here as in Miami,” said Rene De La Pedraja, a professor of history at Canisius College. Born in Cuba, he left as a young man in 1960.

“Younger people are excited, and a lot of the older ones – not including myself – are bitterly opposed to it,” he said.

“In my whole career and my whole life, I have been hoping for this to happen,” De la Pedraja said. “My family lost everything in Cuba. We have many reasons to be against the regime. But that is water under the bridge. It is time to end the suffering of the Cuban people. It is good for Cubans. It is good for business in the United States.”

For his part, Rey takes a wait-and-see-view of the development, tempering any enthusiasm with a hearty distrust of the communist government.

“A lot of people don’t understand that Cuba has traded with everybody else in the world, just not the United States. The government has remained in power because they know exactly how much business needs to occur to keep their people oppressed,” Rey said. “The United States isn’t going to just go in there. I think the (Cuban) government will be very careful about how much trade they allow.”

Eunice Lewin, who left Cuba at age 17, declares herself “thrilled, very thrilled” about the new policy, but she agrees with Rey that a diplomatic and trade freeze that lasted 54 years will not thaw easily.

“It’s not going to happen overnight,” said Lewin, a former Niagara Frontier Transportation Authority commissioner and member of Roswell Park Alliance, Buffalo Urban League and Hispanics United of Buffalo, among other groups. “Some of us are thinking things will go very fast, but it’s not going to happen that way.”

She has followed the news this week in Hispanic media, where she said the conversations have been “intense.”

“I do understand the reaction of those who are opposed to it,” she said. “You could never minimize the suffering the Cuban people have gone through. But it is 2014 and (the embargo) hasn’t helped them.”

Lewin’s father was born in Jamaica and her mother was Cuban. She grew up in Guantanamo. Now she is a trustee with the State University of New York, and she hopes education is among the initial areas of cooperation.

“I would love to see more (student) exchanges with the University at Buffalo. I would like to see that move very quickly,” Lewin said. “UB has the international infrastructure in place to build on with its China program, and I think through education you can accomplish quite a bit. Think about it. It would just be unbelievable!”

Lewin has had siblings return to Cuba to visit, but she said the closest she has come is looking across the sea toward her native country 90 miles away. That could change soon.

“I definitely will take the trip,” she said. “Consider what Cuba has to offer educationally, socially, economically, culturally. In these areas, they are holding their own. Now with the U.S. back in, imagine what could be accomplished. We have to move forward.”

Henry Louis Taylor Jr., professor of urban and regional planning in UB’s School of Architecture and Planning, already has taken the trip many times, researching life among ordinary Cubans and writing a book about it, “Inside El Barrio: A Bottom-Up View of Neighborhood Life in Castro’s Cuba.”

He is cautiously optimistic about Obama’s action.

“In my opinion, this is long overdue. I think it has the potential to be very, very positive,” Taylor said, with just a few reservations. “Lifting the embargo would have a good effect on Cuba economically, to be able to trade with a natural trading partner and conduct joint ventures. That could create job opportunities for the low-income residents who have borne the largest impact of the embargo.”

A possible down side for that same population could be a greater imbalance of wealth between the country’s citizens and a weakening of the current social support system, “and that could increase the tension between the white Cubans and the Afro-Cubans,” he said.

Taylor also sees Cuba as a place ripe for tourism, noting that for travelers who are allowed to go there, it is one of the most beautiful and affordable destinations in the Caribbean.

“One of my greatest fears is that Cuba will become like the Bahamas, with high costs and very expensive for its own people,” Taylor said.

De La Pedraja mentioned the tourist aspect, also, but he has yet to return.

“I’ve always been hesitant to return,” he said, mentioning a Cuba trip sponsored by Canisius. “I encourage my students to go, and I have had opportunities, but there is something that holds me back.”

He has traveled throughout Latin America and written extensively about the region’s history, but for him, Cuba is different.

“For me, it is opening up a box of memories,” he said. “So much of the island, particularly Havana, where I am from, is pretty much intact from when I was there. It is almost frozen in time. It would be like going through a time warp.”

Rey, who also is an artist and has created many works inspired by Cubans who fled their country, understands that feeling. He has gone back.

“The reports of how good the country is running have been overstated,” Rey said. “Thirty years after I left, I went back and it was exhilarating, beautiful, many places hadn’t changed, and even the derelict ones were beautiful, but a couple of days later it gets depressing, because you see how oppressed the people are.”

De La Pedraja pointed out that Fidel Castro, the retired revolutionary founder of today’s Cuba, had said at one time that restoring relations with the United States would complete his mission.

“I wouldn’t be surprised if he dies in the next few weeks or months,” he said.

Rey said that would be the kind of news that Cuban-Americans like his father, who saw people he knew shot and imprisoned by the communists, would welcome.

“A lot of people would rest in peace if they could see that,” he said. “A part of them would be much happier if that chapter could be closed.”