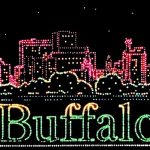 “Say Buffalo becomes this magnet that’s attracting everybody that’s looking for a good place to live. It will become the East Coast version of San Francisco,” said Henry Louis Taylor Jr., director of the Center for Urban Studies at the University at Buffalo School of Architecture and Planning. “Will we essentially recreate what I call the ‘White City’? The White City is a city for white people and other groups who can manage to afford to live there.”

Keenan, the Harvard climate adaptation expert, said Buffalo could become another example of climate gentrification, a phenomenon already underway in Miami, for example, where property values are rising faster in high-elevation, low-income neighborhoods that are better protected against sea-level rise. Keenan said that climate gentrification exists on both the small and large scale.

“It isn’t just people moving from one neighborhood to another neighborhood. It’s a kind of trans-state and, you could even argue, transnational proposition,” he said. “You can either get ahead of this, or you can sit back and observe it.”A mural of Buffalo in downtown Buffalo. (Nexus Media)

Taylor said that parts of downtown Buffalo with new offices and apartments have already seen an exodus of black residents. He believes that, rather than focusing on luring developers to build loft apartments and boutique office buildings, what he referred to as “the San Francisco model,” the city needs to be willing to preserve affordable housing.

“The San Francisco, the Chicago model, the Washington, D.C., model, the New York City model — that’s the model that they’re using here. And they are caught between this idea that there is either this model that they’re using, or death,” Taylor said. “They’re frustrated because they can’t figure out how to get this square peg called ‘equity, equality, justice’ into this round hole called ‘the market.’” 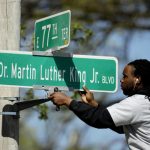 Letter: Buffalo should have an MLK Boulevard

On Nov. 5, in a shameful move, voters in Kansas City chose to remove Martin Luther King Jr.’s name from one of its main thoroughfares. I found this disheartening. What were they thinking? Voters in Buffalo wouldn’t do something like this. Then, I realized that Buffalo is one of the only major cities in the country without a thoroughfare named Martin Luther King Jr. Boulevard. There are more than 900 streets named after MLK in the country, but there is no major street honoring MLK in Western New York.

Granted, in many places MLK Boulevard is found in the poorest section of a city. This is one instance where Buffalo’s late arrival to the party can be informed by mistakes made in other places and turned into an opportunity to do better.

It is time for the Mayor’s Office and Common Council to come together and formally put a referendum on the 2020 ballot to change the name of Main Street to Martin Luther King Jr. Boulevard. Why not? 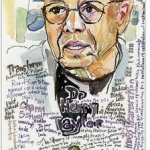 “The Future of Health in the City,” a new exhibition presented by the UB Art Galleries that highlights individuals working together to bring better health and healing to the Buffalo community, will open on Oct. 8 in the Connect Gallery at the Conventus building with a public reception from 5-7 p.m.

The UB Art Galleries is presenting the exhibition of portraits by artist Charmaine Wheatley in partnership with the University of Rochester Medical Center and in collaboration with the Buffalo Niagara Medical Campus Innovation Center, the UB Center for Medical Humanities and Restoration Society Inc.

“These portraits are about hope; they show a dreamscape of social change,” said Henry Louis Taylor Jr. director of the Center for Urban Studies in UB’s School of Architecture and Planning and another of Wheatley’s subjects. “They are about the possibility of building a future city where well-being and wholeness reign.” 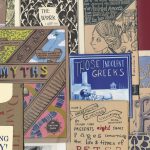 Read the full article from the Buffalo News, here.

The Great Moments histories are the creation of Buffalo-based artist Caitlin Cass, whose work also has appeared in The New Yorker, The Lily and The Nib. For this exhibition, Cass has added original art and, with handwritten sidebars, says, “I will analyze my own canon in all of its messy, brazen eagerness.”

In a press release, Cass explains that she created the Great Moments comics in an effort “to make a history that prioritized failure instead of victory … the anticlimactic fizzling out instead of the path to progress.”

In describing the images, Henry Louis Taylor Jr. of UB’s Center for Urban Studies said, “These portrait are about hope; they show a dreamscape of social change. They are about the possibility of building a future city where well-being and wholeness reign.” 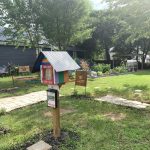 Just when you think that gardens couldn’t be any greater in Buffalo, comes along The Futures Garden. This Grassroots Garden is located directly across from the Marva J Daniel Futures Preparatory School #37 (Futures Phoenix), which is just down Carlton Street from The Medical Campus. On my way to visit a friend who lives a few doors away from the garden, I made a pitstop to inspect the sustainable grounds in all of their glory.

This garden has it all – giant rain barrels, composting, raised beds, beautiful signage, places to sit and ponder, solar power, hand painted garbage cans, flowers, veggies, and even a mini library. To me, this garden is about as inspirational as it gets. 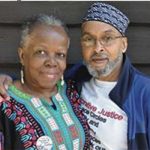 Prisoners Are People Too is hosting a Regional Conference in collaboration with the Alliance of Families for Justice on Friday, May 3, from 5:30-8 p.m. and Saturday, May 4 from 8:30a.m.-3:30p.m. at Mt. Olive Baptist Church, 701 East Delavan Avenue . The conference, whose theme is “Changing Criminal Injustice,” will highlight the strategies that we can use to improve the lives of the incarcerated, the formerly incarcerated, and the victims.

Activist-scholar Dr. Henry Louis Taylor, Jr. will be the keynote speaker on Saturday, May 4. Dr. Taylor is the Founding Director of the Center for Urban Studies at the University at Buffalo School of Architecture and Planning. His research, focusing on issues of race and class has made him an expert in assessing systemic factors, fueled by racism, that frequently lead to criminal convictions. 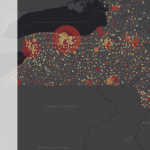 The cost of suspending driver’s licenses

The laws are making criminals out of tens of thousands of residents and straining court systems; yet in the case of debt-related suspensions, several experts said they provide little to no public safety benefit.

“We are taking people who are already on the economic edge, we are criminalizing them and increasing the burdens and hardships on their lives,” said Henry Louis Taylor Jr., a professor who studies race and class issues at the University at Buffalo.

Each year, a torrent of people with suspended license charges wind up in Buffalo City Court, clogging up judges’ dockets and bogging down public defenders. 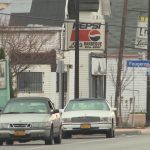 Another Voice: Scammer isn’t the real source of blight on Buffalo’s East Side

A 2017 housing opportunity strategy study commissioned by the city found that most East Side housing units are moderately to severely distressed and located in underdeveloped neighborhoods with low market demand.

HouHou should be punished for his racketeering, but more important, Buffalo’s prime blighters should be exposed. The real predatory profiteers are the rental property owners who make hyper-profits by charging high rents for poorly maintained and distressed rental housing units, and the land speculators who purchase properties and hold onto them without making any improvements until more profitable opportunities can be found.

The City of Buffalo is also complicit in the East Side neighborhood blight. The city poorly maintains sidewalks, streets and vacant lots in those neighborhoods. And, their shamefully weak rental registration process makes possible the existence of a prosperous low-income rental market that exploits the poor and those on the economic margin.