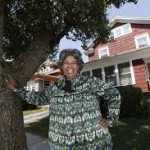 Buffalo-area homeowners love their homes, and they’re not going anywhere

People around Buffalo buy houses – then stay, and stay

Re-Post From The Buffalo News

Around here, people buy – and stay.

Buffalo-area homeowners are more likely to live longer in the same home than people in the nation’s other large metro areas.

One in five homeowners here has lived in the same home since before 1980, the second-highest percentage in the nation, behind only Pittsburgh, according to a Buffalo News analysis of recent Census Bureau estimates.

And, in some neighborhoods in Buffalo, they hold onto homes a very, very long time.

In the neighborhoods near Canisius College, Erie County Medical Center and the Buffalo Museum of Science, there are more homeowners who moved into their homes in the 1970s or earlier than there are those who have moved in since.

Near ECMC, almost six out of every 10 homeowners have lived in their homes since before 1980, the highest rate in the Buffalo Niagara region.

Near Canisius College, the rate is almost as high.

“I love the house; I really do,” said Marion Mayfield, a retired elementary school principal who bought her house on Hamlin Road, in the Hamlin Park Historic District, with her late mother in 1967. She was 24 at the time.

“I like the 1920s houses, and I’m glad I live in a historic neighborhood. That means people renovating have to maintain the same type of architecture, and use the same type of materials used back then.”

The News analyzed census tract data in Erie and Niagara counties that showed how long – or how briefly – owners of homes in the region have lived in their properties.

Twenty-two percent of Buffalo homeowners moved into their homes in the 1970s or earlier. Only Pittsburgh had a higher percentage, 26 percent.

The average is 14 percent among the 66 metropolitan areas with at least 200,000 owner-occupied homes, according to the census estimates.

The lack of ownership change in these neighborhoods comes, in part, from home prices that are not high enough or have not risen fast enough for homeowners to sell and get enough money to move to higher-priced neighborhoods, said Henry L. Taylor Jr., director of the Center for Urban Studies at the University at Buffalo.

In fact, of the 14 census tracts with the highest concentrations of homeowners who moved into their homes before 1980, a dozen are classified as poverty areas by the Census Bureau because 20 percent or more of their residents live beneath the poverty level. Five of the tracts, with poverty rates above 40 percent, are considered high-poverty areas.

But there is another factor also at work in these neighborhoods where people stay – and stay, Taylor said.

“You have folks there, who are determined to build a strong neighborhood,” he said. “They’re operating under a different set of notions.”

“They stay – not because they are stuck, but they stay because of a commitment to the African-American community, and a determination to keep that part of the city vibrant,” he said.

These neighborhoods are filled with people like Doveanna Palmer, who built strong families and good lives – and they like where they live.

“My kids grew up here,” said Palmer, 76, who moved into her Hedley Place home with her husband, the late Leroy Palmer, in 1965. “We liked it. We enjoyed it. We kept it. And I still have it.”

Her husband, a steelworker, died eight years ago, and she has no intention of leaving her Hamlin Park neighborhood home.

Many of her neighbors over the decades stayed in their handsome homes along the well-kept street for the rest of their lives.

“They stayed until the Good Lord called them home,” Palmer said, “and that’s what I’m planning on doing, too.”

Parts of Buffalo stand out

Among census tracts where homeowners tend to live in their homes longer, a few Buffalo neighborhoods stand out.

The tract having the highest concentration of homeowners who moved in during the 1970s or earlier – 58 percent – is located off Grider Street, the News analysis showed.

The second-highest concentration of pre-1980 homebuyers who still live in their homes is located next to that Grider tract. Half of the homeowners have lived there that long.

Hamlin Park has two of the top-ranked tracts in Erie County for homeowner longevity. Nearly half of the owners have lived in their homes since the 1970s or before.

In a section of Lackawanna near Our Lady of Victory Basilica and Holy Cross cemetery, nearly 45 percent of homeowners have lived in their homes since the 1970s or before.

Owning a home so long can create dilemmas when the time comes to sell, said Julie Dana, owner of the Home Stylist, a home staging and interior decorating business in East Aurora. She works with people selling their homes.

“The longer a person has stayed in a home, the harder it is for them to detach from it,” Dana said. “It’s much harder to let go. For those folks who have lived in the house that long – it’s really difficult.”

Buffalo also has neighborhoods with the smallest concentrations of people who moved into their homes before Ronald Reagan became president.

In the neighborhood near Women & Children’s Hospital, none of the 277 homeowners moved in before 1980, according to the census figures.

Only an estimated 1 percent of homeowners in neighborhoods between Main Street and Elmwood Avenue from Canisius High School to Allentown moved in before 1980.

“Again, it’s location,” said Dana, the East Aurora business owner, of areas such as the Bryant, West Ferry and Allentown neighborhoods and their appeal to residents.

A News analysis of home sales in January in the city confirmed that Elmwood Village – one of the city’s premier local shopping and entertainment strips – and the neighboring Delaware District remain popular with homeowners and buyers.

The neighborhood – with restaurants, shops and other businesses attractive for those seeking an urban lifestyle and ease of living – has become so popular that prices in adjacent neighborhoods have risen.

In the suburbs, only neighborhoods in Eggertsville and the western parts of West Seneca and Cheektowaga, which are close to the city line, have similar concentrations of homeowners who recently moved in.

Taylor, a resident of a Buffalo neighborhood with more shorter-term owners – and higher turnover in home ownership – likes the area where he lives.

“I enjoy the house that I live in now,” said Taylor, who has lived in various places in the city but has lived on the sought-after Linwood Avenue for the past 12 years. “I love the city. … I love the neighborhood.”

Some areas on the East Side also have lower proportions of long-term homeowners.

In the Broadway-Fillmore neighborhood, less than 15 percent of owner-occupied households moved in before 1980.

The Schiller Park area also has less than 15 percent of its homes occupied by longtime homeowners.

Homeowners in Lovejoy and Kaisertown, as well as in South Buffalo, are longer tenured.

South Buffalo has some neighborhoods where up to 31.5 percent of homeowners have been in their houses since 1980 or earlier, though overall in South Buffalo, the proportion of owner-occupied homes that date back to the 1970s or before is about one-quarter of all properties – meaning about 1 of every 4 homeowners in that section of the city has been there that long.

The streets in South Buffalo with the least number of such longer-term homeowners are located behind Mercy Hospital, where just 16.7 percent of homeowners have been in their homes since 1980 or before, the data showed.

Across Erie County, villages did not have homeowners who had been in their homes longer than homeowners elsewhere in the county.

The village with the highest percentage of long-settled homeowners?

Some 29 percent of Depew’s owner-occupied homes were occupied by their current owners in the 1970s or earlier.

Other villages where rates of pre-1980 homeowners exceeded the county average of 22 percent include Angola, at 24 percent; Lancaster, 25 percent; and Akron and Springville, 26 percent.

Jesse C. Nikonowicz, the mayor of Depew and a longtime homeowner in the village, said that he never felt tempted to move.

“I have no desire to,” Nikonowicz said, “and someday, I hope one of my children takes the house and lives in the house.”

“I’m sure that’s why many people stay here,” Nikonowicz said. “It’s that kind of community.”

Villages with a lower proportion of long-tenured homeowners than the county average – which amounts to a little more than one in five homes owned since 1979 or earlier – include Williamsville, with 18 percent such longer-term owners. In East Aurora, just 15.6 percent of the homes fit that category, and the Village of Orchard Park has 16 percent.

Some areas in the Northtowns have seen growth and change in recent decades, and the homeowner demographics in those areas reflect that trend.

Parts of Amherst, as well as much of the towns of Clarence, Newstead and Lancaster, have fewer long-tenured homeowners than other towns in the second- and third-ring suburbs.

Several Northtowns areas have fewer than 15 percent of homeowners who moved in before 1980.

In Amherst, the areas south of the University at Buffalo’s North Campus – and Maple Road – have the highest concentration of long-term homeowners in the town. In those areas, near the Youngmann Highway, one tract has 31 percent of homeowners who moved in before 1980; another has 32 percent such residents.

Across Erie County, almost twice as many homes have owners living in them as homes that are occupied by renters.

The biggest single decade for home purchasing was the early 2000s. Just over one-third of homeowners in the county – 34.6 percent – moved into their residences between 2000 and 2009.

Only 6 percent of owners of homes in the county have moved in since 2010.

“A majority of the people near where I’m at have been there a great length of time,” said Nikonowicz, the Depew mayor. He bought the village house his parents built in the 1950s and raised his four children there.

“Just recently we’re seeing some pass on,” he said.

“A lot of them lived there most of their lives. It was a very close-knit neighborhood,” said Nikonowicz, who has owned the home, which has only ever been occupied by the Nikonowiczs, for the past 25 years.